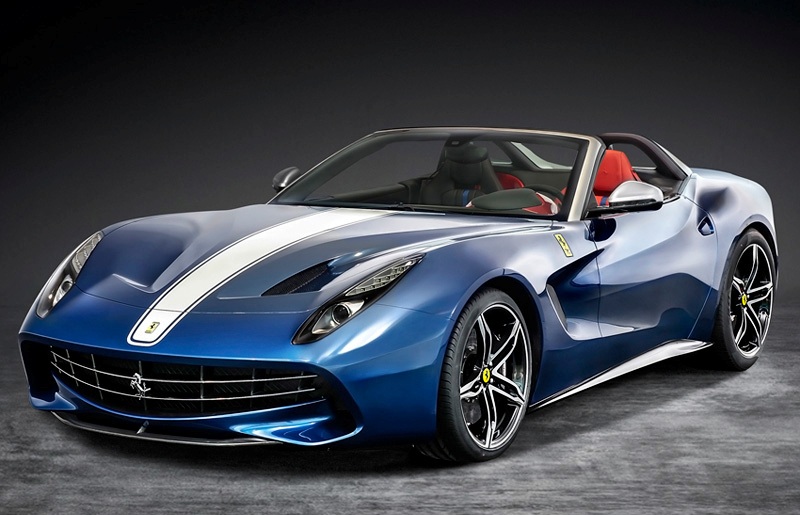 Ferrari F60 America
Cost 2 500 000 $
The Ferrari F60 America is a limited production roadster derivative of the F12, celebrating 60 years of Ferrari in North America. It was built by Ferrari in ten examples, according to the manufacturer all already spoken for at the time of the car’s public introduction in October 2014. The open-top configuration pays homage to US-only limited production convertible Ferraris of the past, such as the 275 GTS/4 NART Spider. Compared to the F12, the F60 has all-new bodywork; it uses a light removable soft top instead of a conventional convertible top. Each of the ten examples built features an asymmetrical cabin design with red trim for the driver’s area and black for the passenger, American flag detailing in the centre of the backrests of both seats, and classic blue and white North American Racing Team livery.
Top speed of 330 km/h
Acceleration to 100 km/h – 3.2 sec.